By a Yorkshire Bloke

Since the beginning of automobiles, there has only been one true accolade, highlighting the pinnacle of automotive engineering. The ultimate bastion of performance, pushing technology to its limits over and over again - THE LAND SPEED RECORD! Where did this great record begin? What is the land speed benchmark now? In this article we will explain all...

The first recorded land speed record was noted in 1898 by a Frenchman named Gaston de Chasseloup-Laubat at the wheel. Driving a vehicle made by a company called Jeantaud, a firm that also invented the worlds first electric car. Whilst at the time this was breathtaking speed it sounds rather pitiful nowadays. 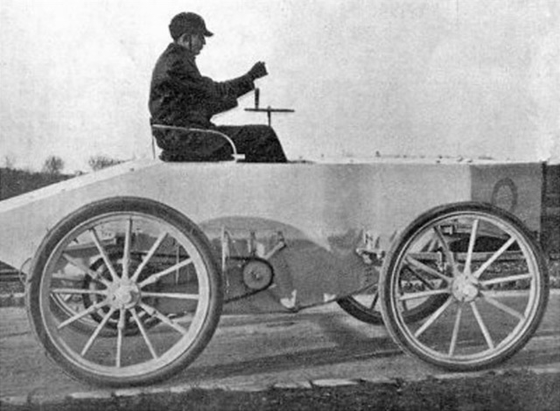 This list is not exhaustive, if it were, we'd be here all day. The next record therefore is a big step from the last and an important milestone in land speed history. The One Hundred Miles Per Hour mark in a vehicle made by Gobron-Brillié. This record was set by another Frenchman - Louis Rigolly,

This ones a real blitzer! What we believe to be the best looking cars on the list - The Blitzen Benz! Made by non other than the godfather of Mercedes-Benz, Karl Benz. Driven by Victor Hemery at Brookland's - the worlds first purpose built motor racing circuit, in Surrey. 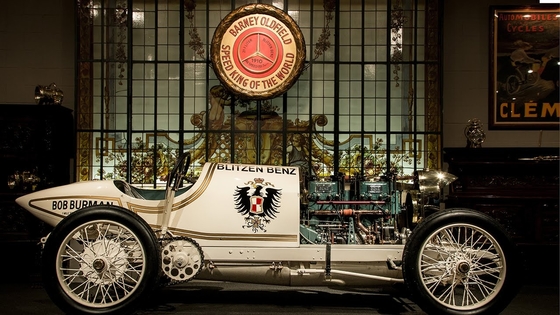 Now things start to get interesting... This time, the 200mph mark was broken by a beast of a vehicle. The Sunbeam 1000HP, this vehicle used a jet engine out of an Airco DH.4, a WWI bomber. Born out of Wolverhampton and driven by Henry Segrave, at its time, this one was the pinnacle of British engineering. 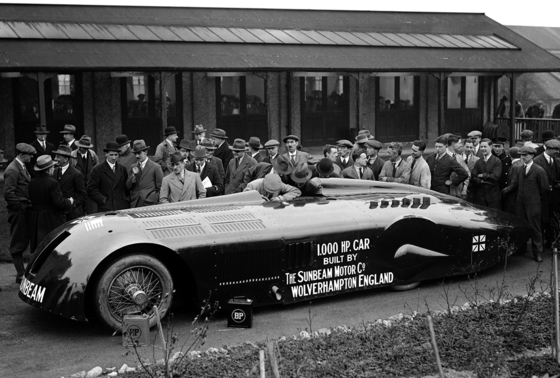 Smashing through any previous records we have the 'Blue Bird' driven by Malcolm Campbell on the famous Bonneville Salt Flats. During test runs it was noted that the vehicle had more than enough power to break the record, what was tricky was keeping the vehicle on the floor in order to gain enough traction. As many of the land speed cars were powered by jet engine now, this was one of the last wheel driven land speed vehicles of its time. 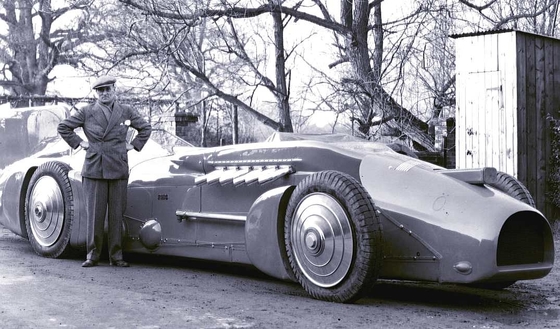 Nearly 30 years later, the next blue bird took the record, this time the Blue Bird-Proteus CN7 driven by the son of the previous record holder, Donald Campbell. This time in Australia, the record was broken on a dried out lake bed. 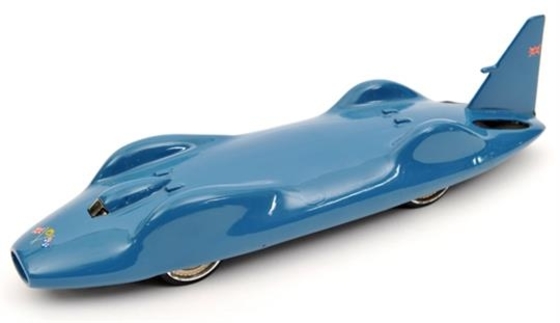 The first truly rocket shaped car in the list - Blue Flame. Driven by Gary Gabelich and the first of its kind, this hydrogen peroxide fueled rocket car absolutely smashed the record, reaching a truly staggering speed. 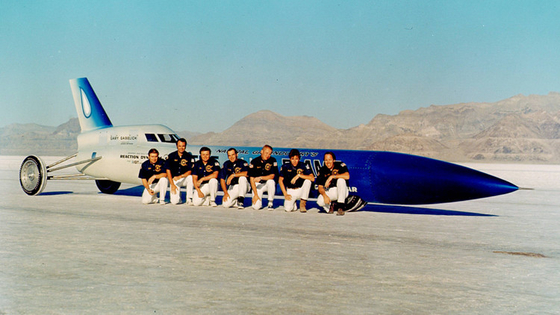 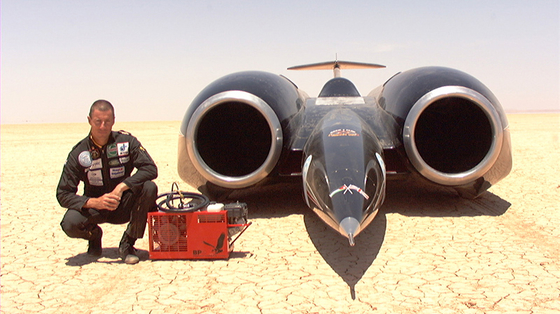 Next in line for the throne is said to be the Bloodhound SSC. Aiming to voyage to the creme-de-la-creme of 1000 mph in 2020 this vehicle is a real behemoth. Measuring 12.9m in length with a theoretical top speed of 1050mph this vehicle is developed by some of the greatest global tech companies including Rolls Royce and Castrol. Watch a computer generated animation of the vehicle below: